The Tokyo Metropolitan Edo-Tokyo Museum opened its doors in March 1993 as a space to reflect on the history and culture of Edo-Tokyo and envision the city and life of the future. Housed in a unique building modeled after an elevated-floor type warehouse, the museum has been a landmark and popular tourist attraction in Tokyo since its opening.

The permanent exhibition, showcasing original objects and replicas, offers visitors a journey through the 400-year history of Edo-Tokyo since Tokugawa Ieyasu entered Edo. In addition to the permanent exhibition, the museum holds special exhibitions at the first floor gallery five to six times a year and carries out various other events, including lectures and workshops on the history and culture of Edo-Tokyo.

We hope that the museum can be Tokyo’s center for the creation of new culture and a place of respite for visitors.

The Tokyo Metropolitan Edo-Tokyo Museum aspires to be a cultural facility that offers high quality programs modeled on “iki,” an aesthetic ideal distinct to Edo, and, at the same time, “nigiwai (bustling)” with many visitors to this museum specializing in the history of the city. To this end, we will readapt this concept of “iki and nigiwai” to meet contemporary contexts on which the Museum’s basic administrative policy shall rest.

We will pass on to future generations the history and culture of Edo-Tokyo through the core activities of the Museum, namely, the collection of related materials, the holding of exhibitions, and the preservation of a collection of about 590,000 items. We will ensure that the Tokyo population at large will benefit from the outcomes of our studies and research, and we will hold diverse outreach programs. Furthermore, we will encourage people-to-people exchanges among people visiting from other parts of Japan and overseas, identifying the Edo-Tokyo Museum as a center of tourism and regional promotion.

Greetings from the Director

I became the Director of the Edo-Tokyo Museum in 2016.
Many years have passed since I was first involved with the museum. When the Edo-Tokyo Museum and Edo-Tokyo Open-Air Architectural Museum were established, I was in charge of exhibitions at the former, and head of collections at the latter. I was one of the youngest museum staff members at that time. Although I did not work directly with the first director, Mr. Kouta Kodama, the second and third directors, Mr. Shinzo Ogi and Mr. Makoto Takeuchi, were my personal mentors. Ever since these early experiences, I have been involved in the management of the museum as a member of various committees.
Although the Edo-Tokyo Museum does not have a long history, inevitably there have been many unexpected twists and turns. The efforts and collected wisdom of both internal and external stakeholders have made the museum what it is today. I firmly believe this could not have been realized without Mr. Takeuchi’s administration, and I sincerely appreciate his 18 years of dedicated service as Director.
We have recently completed extensive renovations of our museum’s permanent exhibition space, and have steadily and consistently mounted successful special exhibitions. As a result of these efforts, the Edo-Tokyo Museum has established itself as the foremost historical museum of Tokyo in both name and content. My mission is to maintain this course.
We would like to thank you for your continued support and encouragement.

Currently, the museum is closed for an extended period of time to undergo major renovations, including a complete overhaul of equipment and facilities, due to the aging deterioration of the entire facility and its equipment. During this closure, museum staff will continue to engage in activities outside the museum, both in Japan and abroad.
We are preparing for our scheduled reopening in 2025 so that everyone can enjoy visiting this historical museum in Tokyo Metropolis. 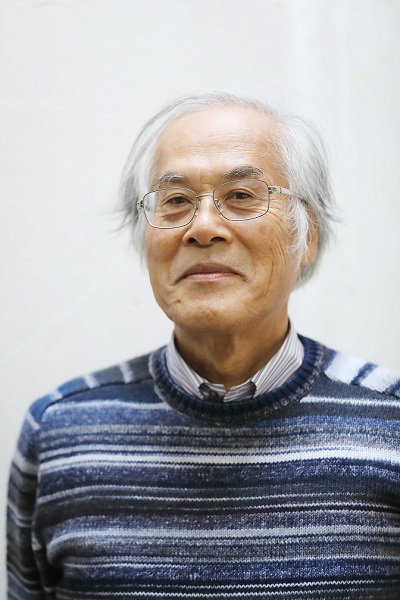 The Edo-Tokyo Museum’s logo was modeled after the left eye of the famous ukiyo-e print of a kabuki actor, entitled, “Ichikawa Ebizo no Takemura Sadanoshin (Ichikawa Ebizo as Takemura Sadanoshin),” which was painted by the so-called mysterious ukiyo-e painter of the Edo period, Toshusai Sharaku. The intense cross-eye expression of the mie pose is intended to represent the fascination and curiosity of the visitors to the museum. This logo – this gaze from the distant Edo period – seems to be watching over Tokyo, both in the present day and into the future (Designer: Koichi Sato).

This official mascot was selected through a contest in March 2003 on the occasion of the tenth anniversary of the Edo-Tokyo Museum, with a view to making the museum more accessible to the people in Tokyo. The mascot was modeled after the newel post of the railing of the Nihonbashi Bridge attached with an ornament known as “giboshi” (in the shape of the bulbous flower of the onion). The bridge is displayed in the permanent exhibition.

◆What is the Edo-Tokyo Museum?

◆Culture of the Edo people

◆From Edo to Tokyo

The restoration of imperial power in 1868 (Meiji Restoration) brought to an end the military regime established by the Tokugawa family in Edo two and a half centuries before. The capital was transferred from Kyoto to Edo, which was renamed Tokyo (“Eastern capital”), while Edo Castle, former residence of the Tokugawa chieftains, became the new imperial palace.

◆Learning about the culture & history of Tokyo

Volunteer guides offer tours of the permanent exhibition areas free of charge, from 10:00 a.m. to 3:00 p.m. Tours in Japanese, English, Chinese, Korean, French, Spanish, German and Italian are available, depending on the availability of volunteers who speak these languages. Visitors can either request a tour on the same day or make a reservation by phone prior to a visit. For more information, please contact the Volunteer Guide Reservation Desk (+81-3-3626-9974).
Audio guides for the permanent exhibitions are available free of charge (note: a JPY1,000 deposit is required) in Japanese, English, Chinese (Simplified), Chinese (Traditional), Korean, French, Spanish, German, Italian, Russian and Thai. They can be borrowed on 6th-floor Audio Guide Rental Counter (return to 5th-floor Audio Guide Return Counter). The permanent exhibition area features numerous touchscreen displays with explanations in Korean, Chinese (Simplified), Chinese (Traditional), Spanish, Dutch, French, Italian, Russian, Portuguese, Malay and Thai.

◆Walking Around the Museum<< /font>

The nearest train station to the museum is Ryōgoku on the JR Line or Ryōgoku on the Toei Ōedo Subway Line. The Ryōgoku area is located less than a ten-minute ride from many popular tourist spots such as Tokyo, Ueno, Asakusa, and Akihabara. The Sumida River is minutes away from the museum and you can reach Asakusa by ferry from there. 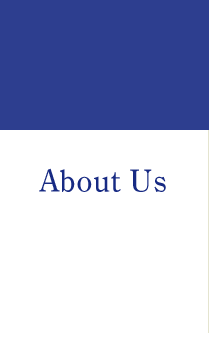